The Edmonton Folk Music Festival works at being green

It is not easy to walk softly and leave no footprints when you host 20,000 people per day for four days in a city park without any paved pathways and roads! But since the early 1990s, The Edmonton Folk Music Festival has worked hard to minimize our impact on Gallagher Park in downtown Edmonton and the Cloverdale community. Preservation of the park, in concert with the City of Edmonton and Cloverdale community has always been a Festival commitment.

Our early efforts focused on minimizing impact in the following ways:

In 2020 , the Festival was delighted to join the City of Edmonton's Corporate Climate Leadership Program, and we have been working with Green Economy Canada to identify ways to reduce our greenhouse gas emissions. We look forward to continuing to work on setting targets for reductions and will keep you up to date as we move forward! You can find information about the program here. 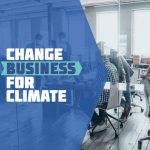